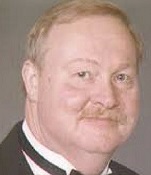 Sergeant Daniel Starnes died from gunshot wounds he suffered one month earlier when he was involved in a shootout during a traffic stop.

The suspect then turned and fired into the patrol car, striking the sergeant's youngest son, who was participating in a college law enforcement ride-along. Sergeant Starnes was able to return fire, striking the suspect seven times, wounding him.

His son was then able to retrieve the service shotgun from the trunk of the patrol car and he held the suspect at gunpoint until other units arrived.

The incident happened only 15 minutes after Sergeant Starnes reported for duty and was within eyesight of his home. He died from his wounds one month later due to complications from an infection at Methodist Hospital in Indianapolis.

The 39-year-old suspect was convicted of murder and sentenced to death. In 2015, the U.S. Court of Appeals overturned his sentence due to him being intellectually disabled and ineligible for the death penalty.

In 2016, the offender was resentenced to 65 years in prison for murder to be served consecutively with the 115 years he had already been sentenced to for attempted murder and other felonies. The Indiana Court of Appeals affirmed his resentencing in 2017.

Sergeant Starnes was survived by his wife, two sons, the oldest of whom retired as a trooper with the Indiana State Police, and father.